Home » Archery Blog » Guide For Hunting With A Longbow

Guide For Hunting With A Longbow

It is both fun and challenging to shoot a longbow out in the wild. When using the longbow to hunt, you need to know a few things that will help you enhance your skills to become a better hunter. In the lines below, you will find a useful guide to help you use your longbow more skillfully on your hunt.

Before you go out hunting with a longbow, you need to first understand what kind of longbow works best for you. The longbow is essentially a string and a bent shaft. The accuracy in shooting is crucially dependent on hand-to-eye coordination. In a longbow, deflex is the curve amount directed towards the shooter, while reflex is the curve amount directed away from the shooter. Modern longbows feature varying degrees in terms of deflex/ reflex in the bow limbs. For your hunting expedition, you can opt for one of these longbow types: 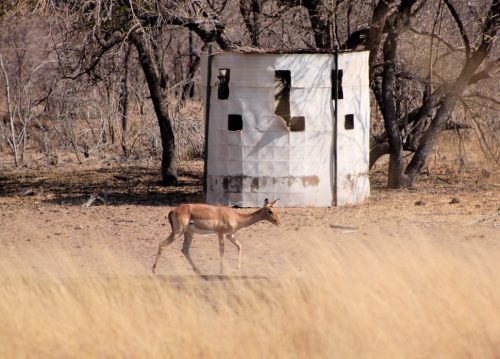 Hunting With A Longbow:

While you will need a lot of practice in order to master both these style, opt for the one that you feel comfortable with.

Cant- Cant is the act of tilting a longbow purposely to ensure that the arrow rests on the arrow shelf so that you can enhance the sight window while shooting instinctively. You can alternatively try using a simple rest; however, a majority of the serious longbow hunters prefer canting their bows to shoot directly from the arrow shelf.

Drawing– Anchoring or drawing the longbow consistently requires strong muscle memory, which is only possible if you practice a lot. Try releasing the arrow only after your index finger brushes past your mouth’s corner. Alternatively, you can consider bringing the bowstring to the tip of your gap shoot and nose. Gap shoot is essentially a shooting style common with longbow shooting, in which the arrow point is used as an aiming reference. Here, the “gap” indicates the space that lies between the target and where you need to hold the arrow point. The only way to develop your style is through continued practicing.

Remember, longbows don’t come with the kinetic energy that recurve bows offer, and this can make penetration a big problem. Therefore, keep the broadheads extremely sharp, and the shots as close as you can.

While it is tough to hunt with a longbow in the open, the best way to enhance your skills is to spend more time on practicing. An important tip is to practice on the same situation over and over again to improve your hunting skills.